Imagine if a plot of land could tell its own story: part of one of the first industrial corridors in America west of the Mississippi River – and California’s first. Sacramento’s first flood levee and first train route. Then warehouses, gas stations, pesticide distributors, a plating shop, and a junkyard, before – after more than a century – falling into blight and crying out for renewal.

Now, more than 150 years later, the R Street Corridor is one of Sacramento’s most vibrant arts, design, and entertainment districts in California’s capital city.

A block over on S Street, the renewal continues – a brownfield real estate development project, more than 16 years in the making, shows the earth-moving efforts, both literal and figurative, necessary to bring the land back into safe and productive use. In that span, after global economic collapse and amid a pandemic, a 100 percent affordable housing project will arise from soil that one environmental engineer once said could not be remediated.

The Challenge: “The Vapor that Was Coming Off the Site Was Sky High.”

Todd Leon knows every cubic inch of the project, all the way down to the groundwater. As Director of Development for the Capital Area Development Authority (CADA), he’s responsible for long-term projects to build more affordable housing in Sacramento. For a decade, he watched 1717 S Street, which was once an automotive facility, flip over from developer to developer, hedge fund to hedge fund, with only demolition to show for it.

In 2015, CADA made an offer to the last of those string of investors and developers to put a redevelopment plan in motion. It would take another five years of water remediation to break ground on the project.

Plots of land may not be able to tell their own stories, but property records do. California’s State Water Resources Control Board Geotracker platform hosts the dizzying array of tests, reports, and re-tests of the groundwater and soil on the site, replete with staggering test results showing levels of trichloroethylene (TCE), chromium VI (Cr6), and carbon tetrachloride.

“The first environmental engineer said, ‘No product will mitigate this,’” Leon recalls. “The vapor that was coming off the site [in initial testing before any remediation or mitigation efforts] was sky-high. Off the charts.”

They started with the groundwater: $450,000 toward a water remediation injection system to turn the harmful elements in the groundwater into inert materials.

Then it was safe to move to the soil: thousands of tons of soil remediation, spanning 8,000 square feet and 12 feet deep, followed by more rounds of “surgical scooping” after targeted testing of the soil.

“We’ve spent well over a million dollars on remediation for water and soil – probably two million,” Leon said. “It actually went really smoothly [he laughs]. It could have been a lot worse.”

Even then, it wasn’t time to break ground. To move forward, the state required a vapor intrusion mitigation plan.

The Solution: A Vapor Intrusion Mitigation Solution for Regulators and Engineers

Working with an environmental engineer who initially said – before water and soil treatment – that no product would mitigate the vapor intrusion, Leon set out to research his own solution.

He started with a casual search when he discovered Drago Wrap Vapor Intrusion Barrier in January of 2020.

He contacted Aaron Hill, one of Stego’s California Regional Managers, for specification sheets and test results. Immediately, Hill was available to provide Leon with test results that showed the efficacy of Drago Wrap in mitigating vapor intrusion from TCE.

“Where Aaron and others really came through was with ‘the calcs’ and testing information, which only proved the product was made for exactly what we found on the site,” Leon said.

But with every innovative solution to any construction problem, selecting a new product comes with the challenge of battling through some preliminary headwinds: introducing the need to educate stakeholders on a product’s efficacy, and using new, unfamiliar techniques.

By engaging early with Stego’s unparalleled pre-construction support services, Leon knew he not only had a solution that was tested and would work, but his direct contact with Hill gave him a clear sense of where his bids should be and how the work should get done.

He estimates this level of engagement saved them tens of thousands of dollars in costs.

And when it came time to install Drago Wrap Vapor Intrusion Barrier, Leon’s product selection proved foreknowing. By working with a membrane on the project – instead of a spray-applied product – the project team avoided several timeline and other installation headaches.

“When you have a development like ours and everything is being constructed in different sequences, I don’t think a spray-applied approach would have been applicable here… it’s just not as nimble of a product,” Leon said. “Being able to roll [Drago] out and hook it up to other sections when they were ready worked really well.”

And when that installation was complete, Stego’s pre-construction support continued straight through to its one-of-a-kind Installation Support Program. Stego Northern California Regional Associate Elliott Morales was on-site with installers to collaborate during smoke testing of the installation.

“I really appreciated the attentiveness and care,” Leon said. “We got everything we needed: calcs, testing information, the newest products, pre-construction, installation support.”

The Result: Proven Results and a Successful Installation Allow for Progress of Brownfield Real Estate Development

Leon’s experience on the S Street Project highlights how to overcome the inertia that exists when new products in construction confront existing practices: a product can promise all kinds of new solutions, but only through careful personal attention and expertise every step of a project – from pre-construction to installation – can innovative, cost-effective solutions improve upon existing practices. 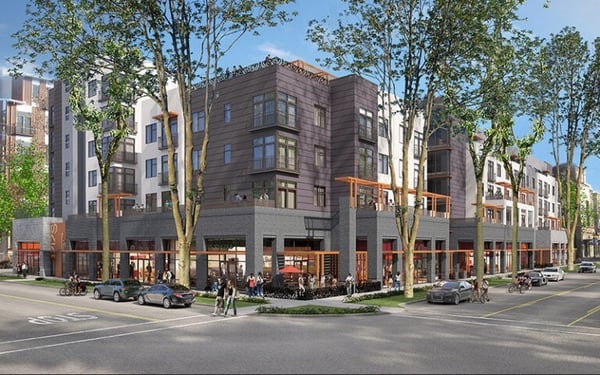 Construction continues on S Street, where Leon and the public and non-profit partnership behind the brownfield development project hope to cut the ribbon on 159 affordable housing units and more than 11,300 square feet of ground-floor commercial property in 2023.

And on the soil underneath, the success story of a new product solving a problem once thought of as unsolvable adds another chapter to a remarkable century and a half of development on a single stretch of land in Sacramento. 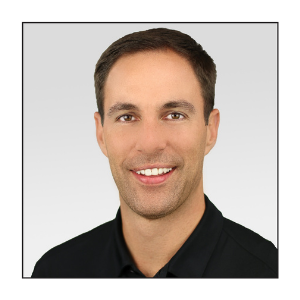 Page Cotton is the National Product Manager for Stego Industries’ newest barrier technology – Drago. He has over 13 years of experience educating the industry about the effects of the below-slab environment on building health and its inhabitants. Page enjoys working as a trusted consultant to architects, engineers, and contractors to further their understanding of sub-slab barrier systems.