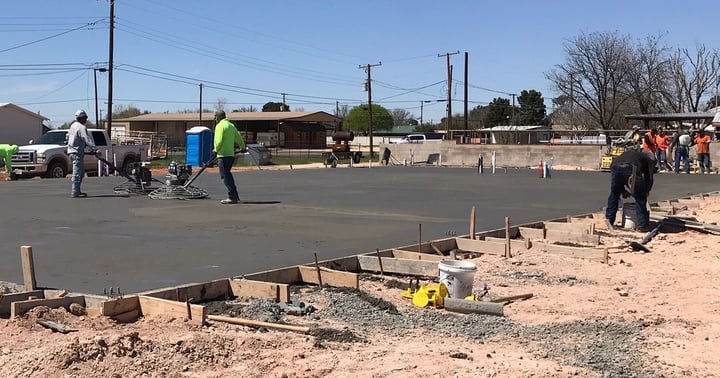 Like any good building consultant, the principal of Hodges Construction Services is constantly analyzing products, systems, and processes not just to save his clients money, but to deliver higher quality projects. That mission requires a lot of uneven comparisons between vendors promising the same solution in entirely different ways.

“The hardest part is figuring out whose information is better, and the reasons why,” Hodges said. “I really want to be able to go to our clients and explain ‘why’.”

Hodges’ most recent mission took him to an enviable project: a 5,500 sq. ft. “barndominium” that would serve as a “man cave,” workshop and pool house on a client’s property in the tiny town of Wink – boyhood home of music legend Roy Orbison – outside Odessa, Texas.

The above-ground construction of this project would be the easy part – a pre-engineered structure. Hodges turned his acumen to the aspect of the job that he could optimize: the 5,500 sq. ft. slab which, because of the structure’s wide-open layout, would show any imperfections if not done to his standard of quality.

A structural engineer by trade, Hodges’ expertise in concrete slab design and construction centered mostly around the foundational elements, like rebar. But his engineer’s mind also worked through processes, and he knew normal hand-screeding would not achieve his quality goal.

“When you’re pulling a hand screed across there, it’s easy to think you’re level or making areas match,” Hodges said. “In residential, you don’t have the ability to set a screed machine out.”

Hodges also knew that in this realm of construction, he’d have to work through what he calls “the blinders.” It’s the phenomenon in any type of process – construction or otherwise – where predictability trumps efficiency. In construction, trades tend to optimize their processes for predictability: equipment needed, materials to be ordered, man-hours to be deployed. Depending on the situation, this may be neither efficient or cost-effective, but it is predictable and repeatable.

Hand-screeding was the perfect case study for this phenomenon. Generations of concrete crews have built their businesses to make slab placement predictable, both for the client and for their own profitability. Hand-screeding, while not optimal, achieved predictable results for both client and contractor. The floor levelness results of hand-screeding, Hodges knew, wouldn’t be good enough for this project.

“I want to use the products to assist contractors in minimizing all the things people are just used to happening and are okay with,” he said. 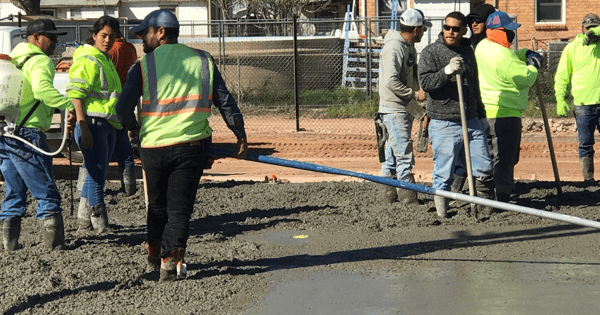 When Hodges found Beast Concrete Accessories, he knew he was on to something.

He called Stego Industries Regional Manager Zack Dunnam in nearby Dallas, who connected Hodges to a distributor in the Midland-Odessa area to get his hands on the product.

But more importantly, Dunnam understood the kind of mission Hodges was on – sleuthing out the ‘why’ a certain product’s claims matched his project objectives. Dunnam arranged a phone call between Hodges and Beast Screed inventor and National Product Manager, Steve Lutes.

“The light went on,” Hodges said, “I thought, ‘Maybe this will really achieve the outcomes on levelness without using a laser screed.’”

He supplied his concrete contractor with Beast® Screed Adjustable Caps, Beast® Foot and Beast® Screed Posts and began to educate the crew about placing the concrete while working from one fixed elevation, screeding the slab in a point-to-point process after setting their level.

“Once the guys got a handle on it, they were able to understand the purpose,” Hodges said. “We progressed through the slab quite nicely.”

The result was a floor levelness Hodges knows could not have been achieved on the surface of the barndominium when subjected to the human error of hand-screeding and eyeballing. “The blinders,” as he calls them, were off.

Beyond Results: The Consultant Meets His Project Goal with an Efficient New Process 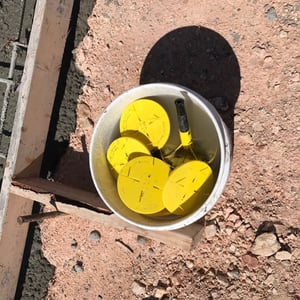 When the light went on for Chase Hodges, Beast Concrete Accessories didn’t just illuminate a way to achieve better floor levelness. He immediately saw greater opportunity; as a consultant, the system could deliver an efficiency to his clients that not only optimized performance, but cost-effectiveness, too.

“I really dive deep into those things, so I can really understand why spending the extra money is worth it,” Hodges said.

In the case of his barndominium floor, Hodges watched his concrete crew work his new process. Even with the learning curve, they finished the job an hour earlier than expected. Efficiency replaced predictability.

Very quickly, he realized the marginal cost of the Beast Screed system could eliminate the far costlier labor expense of man-hours of a concrete placement crew. If this increased performance and efficiency was evident on a 5,500 sq. ft. slab, the savings on far bigger projects could be massive.

“I can definitely see the advantages of it from a capital standpoint,” he said.

For any builder, that’s mission accomplished. Hodges already knows how he will negotiate costs for the next concrete slab with his subcontractor: 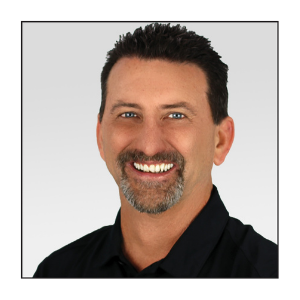 Steve Lutes is the National Product Manager for Beast® concrete accessories at Stego Industries, LLC. He has been a part of the Stego team for over six years, and his decades of experience in the concrete construction industry have made him one of the leading minds in the concrete accessories sector. Steve works to create lasting partnerships with the professional contractor supplier community and often visits customers' project sites to provide additional guidance on the use of Stego's products.