STEGO IQ is a new video series focused on providing technical knowledge as it relates to the construction industry. In this first episode, Dan Marks, Stego Technical Director, defines permeance, and how perm ratings from test methods are critical to building materials, such as vapor barriers and retarders.

You’re looking at a data sheet: so what is a ‘perm?’ This is Stego IQ.

What is Permeance Rating?

A perm is a unit that we use to measure the permeance rating of under-slab vapor barriers and retarders. It’s equal to a mass unit diffusing across a membrane – a mass of water vapor per a given area, per a given amount of time, being spurred by a vapor pressure differential. 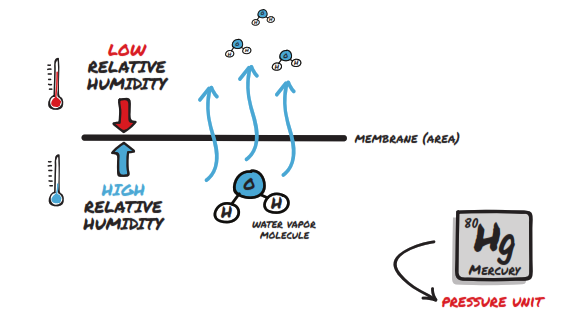 When a molecule of water vapor wants to diffuse across a membrane, it’s doing so because of a difference in vapor pressure. Diffusion is really spurred by concentration difference. In this case, we can quantify that by looking at a vapor pressure differential. If the relative humidity and temperature on either side of the membrane were identical, we wouldn’t have the vapor drive, so to speak. We wouldn’t have that force or difference in pressure. When we have differences in the combination of relative humidity and temperature, we have the difference and we have a vapor pressure differential: we can measure and plug into the unit and measure how much moisture is going to move across a given membrane

How to Calculate a Permeance Rating

Let me show you an example. 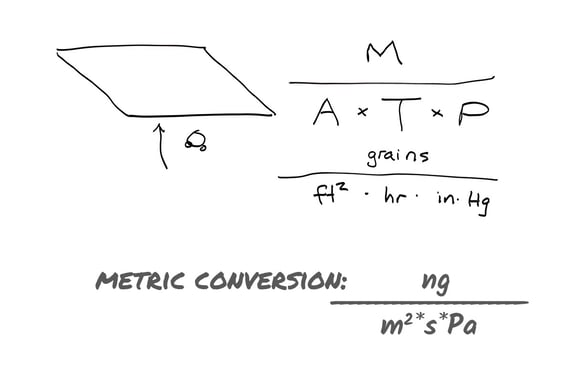 A U.S. perm unit, again, is going to measure the diffusion of water vapor across a membrane. We’re looking at a mass transport or diffusion of water across a given area over a given amount of time, based on a differential in pressure on either side of a membrane. Specifically, in terms of the units, we’re looking at grains per square foot, per hour, per inch of mercury (metric conversion: ng/m2*s*Pa), again this representing the pressure differential. 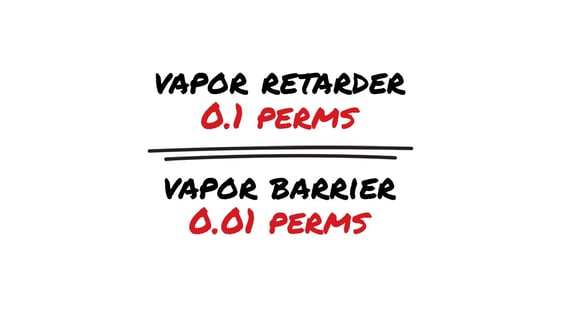 Permeance ratings help us to distinguish between classifications – or levels of protection – for underslab vapor barriers and retarders. In fact, a vapor retarder is typically a material that’s considered to have a permeance of 0.1 perms or less. A vapor barrier, on the other hand, has been distinguished within the industry of having a permeance of 0.01 perms or less – an order of magnitude lower.

This is critical for instances where we have moisture-sensitive floor covering materials or we potentially may have that down the road and provide an owner with additional flexibility. It’s really important in general when we want to be keeping excess moisture – or at least unchecked moisture – out of our building interiors and indoors.

Continue to Build Your Brain With Stego IQ

Keep learning: build your brain and your knowledge. You can view more educational videos on Stego IQ topics on stegoindustries.com. 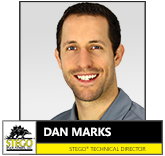 Dan Marks is the Technical Director at Stego Industries, LLC. He has been a part of the Stego team for over eleven years and started out as the Southwest Regional Manager before transitioning to the Technical Department and his current role as its director. Dan has a direct role in the conceptualization, research, design, and testing of products. He also works closely with other departments to lend his technical expertise in training the sales team and building supportive relationships with suppliers and customers. 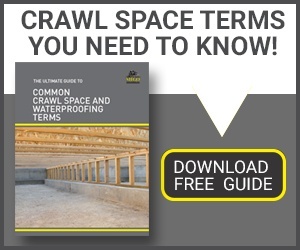